Having gotten used to be told we’re eating too much of everything, we’re now being told we’re NOT EATING ENOUGH FIBRE! Earlier this month (January 2019), the Lancet published a study that concluded that: “People who eat higher levels of dietary fibre and wholegrains have lower rates of non-communicable disease” (Translate as reduced risk of […] 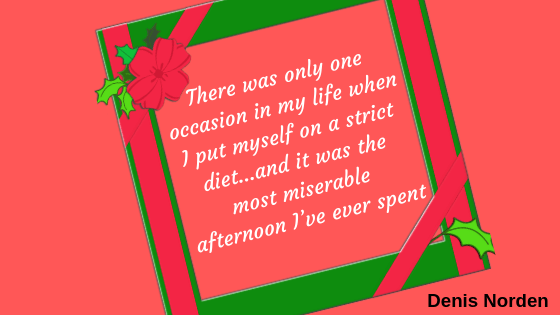 The countdown is on…both to Christmas and the ever popular New Year obsession with weight loss.  Through a series of quotes and proverbs, we’ll take a look at the wisdom of dieting, and build a case for a non-diet approach.  December 1: There was only one occasion in my life when I put myself on […]